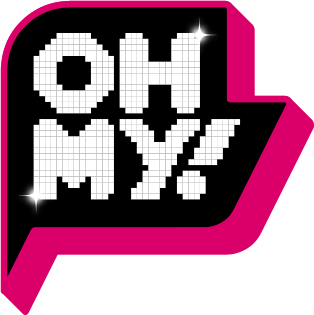 The Kuip will be the new home of OH MY!. Get to know the area before you arrive! Previously known as de Kuip, De kuip is home to football club Feijenoord Rotterdam. De Kuip is known as the place where concert history was written. The first concert that was held at De Kuip was in 1978 and featured Bob Dylan. Bob Dylan’s concert was a great success. There were no fewer than 52,000 visitors. After that, many international superstars entered the sacred ground of De Kuip, thrilling tens of thousands of fans. Popular Dutch artists have made themselves immortal here, including such names as: Marco Borsato, Rene Froger, and Kane. But there were also international giants, including:

We strongly encourage fans to take public transport, as they are the most direct and efficient way of getting to and from the festival. If you do decide to travel to the festival on your own, please follow the directions below.

Please rideshare if possible. This will minimize the number of vehicles on the roadways and reduce travel time for everyone due to city’s heavy traffic.

There is a tram stop in front of Feyenoord Stadium De Kuip. The name of the stop is Stadion Feijenoord.

ay ticket. If you travel on other days, you will need to buy a ticket.

If you are coming from Rotterdam Zuidplein travelling by bus is a good option. The closest bus stop to the stadium is Breeplein.

If you are travelling on the Rotterdam Metro, you will have to change to a tram at metro station Wilhelminaplein to reach Feyenoord Stadium De Kuip.

Would you like to avoid the crowds as much as possible? Take the bike to the stadium! You can park it next to our ticket offices (at Olympiaweg 50, Rotterdam). We have space for over 600 bikes.

The traffic around Feyenoord Stadium De Kuip on matchdays is extremely busy. The parking lots near the stadium are reserved for people with seasonal parking tickets and are not accessible for other drivers. If you are coming by car the best option is to park at P+R Beverwaard. The address is Edo Bergsmaweg 1, Rotterdam. You can park there for free and take the tram to the stadium. Take tram 23 or tram 12 (direction Rotterdam Centraal) and exit at Stadion Feijenoord.
f you are travelling on matchdays the tram is free of charge 3 hours before kick-off until 3 hours after the final whistle, by showing your valid matchday ticket.

If you are visiting De Kuip on non-matchdays you can park free of charge in front of the stadium on P2, P3 or P4. You will see signs for the parking lots when you get close to the stadium. The address is Van Zandvlietplein 1, Rotterdam.